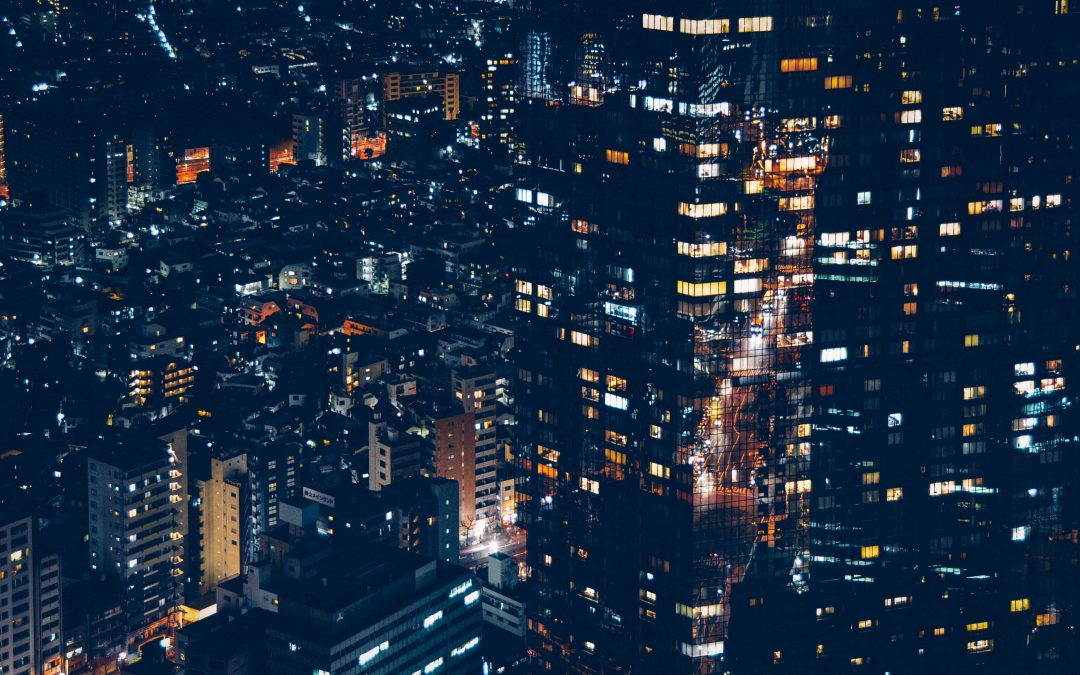 “You are sitting at a cafe recommended to you by an algorithm, at a table that was cut on a CNC milling machine; you pay for your coffee with cryptocurrency, which you do by tapping your smartphone against the register; the voices of children playing an AR game filter in from the street.”

This scene, described in Adam Greenfield’s book Radical Technologies: the Design of Everyday Life could happen to any of us today. We are unfazed by this ubiquity of technology, despite the fact that none of these things, aside from the cafe, existed some ten years ago. These days, this is just how things are.

Technology shapes our societies at a faster pace than we can imagine. Despite this, our public institutions and public governance systems operate much the same way as they have for decades. While an increasing number of services and operations are digitalised and new innovations continue to emerge, basic structures, even as simple as driver’s license renewal, remain essentially unchanged since the 1980s. Public institutions have not embraced the increased efficiency and transparency offered by these new technologies.

What can blockchain do for the public sector?

The appeal of blockchain and other DLTs is this freedom from reliance on a third party. Rather, it exists across a consensus-based network. When something is added to a blockchain database, for example a deed into a housing registry, it is confirmed and stored across a network: “all the participants validate the data and all the participants store the original version of the verified data”. Once it is stored on the blockchain, it cannot be altered.

DLT laudists contend that these technologies provide major opportunities for the public sector. Advocates claim they have the potential to allow public service to:

DLT networks can provide security and agility, while reducing costs, as an alternative to the expensive and insecure systems currently used in the public sector. This technology has the potential for a wide range of public sector applications: digital payments, land registration, identity management, supply chain traceability, health care, corporate registration, taxation, voting – the list goes on.

As the technology is still in the early stages of implementation, there are few high-profile success stories. Critics claim the hype blew the potential benefits of blockchain out of proportion, making promises it could not keep. According to estimates by the World Economic Forum, more than 25 countries invested in blockchain technology by 2016, totaling $1.3bn in investments. It follows easily that people are asking for results.

Now, we are beginning to see the outcomes of experiments in DLT-based government system transformation. Ukraine, Estonia, South Korea, and Australia have trialed electronic voting systems using blockchain technology. Georgia has found success implementing DLT in it’s housing registry. In Spain, the Port of Valencia is integrating blockchain technology into their supply chain.

These technologies have been able to reduce corruption (housing deeds cannot be altered by corrupt officials), increase efficiency (automatic confirmation of voting eligibility) and provide security (traceable and accountable transport of goods, such as food and medicine). As the role of DLT in the public sector increases, further strengths will be revealed.

If DLT and blockchain are to effectively support public services, certain societal foundations must be in place.

First, the technology must be designed with the public in mind. Blockchain for the sake of blockchain will not provide benefits for society, but rather will likely fail and contribute to “blockchain fatigue”. DLT is incredibly useful, when it is meeting a need. In Sierra Leone, where only a quarter of the population operates within the formal banking sector, blockchain allowed for the creation of a credit database with easily tracked and shareable credit history, which makes it easier for small farmers to apply for loans.

Taking this a step further, users must understand the why and how of DLT. The success of the aforementioned case of Georgia’s housing registry is often credited in part to the development and nurturing of the public discourse on the subject. Effort must be made to build an understanding of why new technologies are being implemented, and users must be prepared with the skills to use it. Otherwise, the natural resistance that often accompanies new technologies will hamper any project’s success.

Additionally, the technology must be designed for the people that are using it. Programs must be helpful and easy to use. DLT, at its best, contributes to equality, and systems and algorithms must be intentionally inclusive rather than exclusive. This applies to all aspects of the technology, from its purpose, to its accessibility, to its function in society.

Second, it is imperative that policy catches up with technology. Governments must establish a policy environment that promotes DLT innovation, while protecting citizens. Just as architects follow codes to ensure their buildings are safe, engineers and innovators should be held accountable for the security of their users. Malta established the Malta Digital Innovation Authority, which assesses and certifies blockchain and DLT platforms, providing regulation, building trust and encouraging technological growth.

Finally, there must be recognition that human intervention is still needed. A blockchain government is not a government without humans, but rather one where simple tasks are automatized, freeing up human resources for more important functions.

As the popularity of blockchain rises and falls, it is important to remember that the value of this technology remains with or without the hype. Effective, carefully planned implementation has the possibility of enabling governments to be more efficient, more transparent, and more agile.